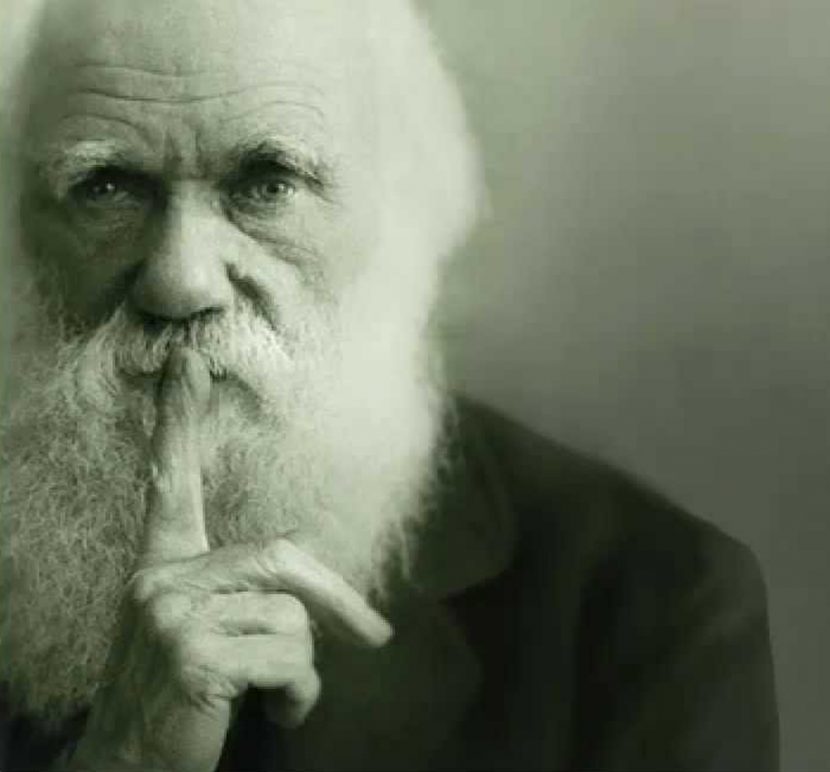 Charles Darwin had it all worked out. His theory on natural selection has some merit. Only the organisms best adapted to their environment tend to survive and transmit their genetic characteristics to succeeding generations. Those less adapted tend to be eliminated. I know this because I’ve done the hard yards and suffered the reading of “Origin of the Species”. There is no doubt that Charlie D had great powers of observation. To say that he was anything but a great scientist is to say that Gene Simmons hates women. But his writing skills are different matter. Here is a man who has grasped the most complex concepts that nature has to offer. Sadly the short sentence is not one of them. Not only did he turn creation on its head. He did it while setting a world record for the use of comma’s that is worthy of an entry in the Guinness Book of World Records.

Sadly the Guinness book was not around when Charlie was doing his thing. But then neither was a certain species that my have had him rethink his theory. Packaging designers! There is no way on Charlie’s earth that anyone could argue that this is an organism that has “best adapted” to its environment. This species is responsible for everything from sweet wrappers to the dreaded moulded plastic packaging. When last did you try to remove the wrapper from toffee? If it was in the last three weeks the chances are that you are still struggling to unpeel the bastard thing as we speak. Trust me, there is only one way to beat the little sucker. Take a 10 day break, centre yourself, get your yin and yang sorted and promise the wrapper that you will recycle. The toffee already knows its destiny but the paper thingy needs reassurance. Do all this and if you demonstrate true commitment, you will win and claim your reward. Now and only now are you ready for the next great challenge…. The Chocolate Wrapper! I suggest that you start with something simple. A Bar One ought to do it. You will need both hands. So don’t try this while driving, talking on a cell phone or while using electrical appliances. In fact, do nothing else. You will need to focus all your resources as you grab it in both hands and wrestle with a wrapper. Your tasty treat is not going to let it go easily. But don’t give up. You will succeed. By then your precious choc will be so mangled you will think that a puppy had a dump in your hand. But hey, no pain no gain. Whatever you do, don’t give yourself a pat on the back to celebrate your achievement. You’ll ruin your shirt.

Then there is the packing designers’ crowning achievement. Blister Packaging! Now, for any self respecting adult this may be the ultimate packaging challenge. But for a child, it’s just plain cruel. There’s little Simon. It’s his birthday. He is six and all year he’s dreamt of owning a fire truck. You have not let him down. But the species known as packdesignatosserthorus has. Why? Because it’s covered in that moulded shit. Simon is exited as he sets about freeing his new truck from its ingenious transparent protective plastic encasement. Signs of trouble are evident as his face starts going red and his jaw begins to clench tighter than that an army doctor’s hand around a new recruit’s gonads. But Simon is no sissy and he fights on……. Three days later, after cuts, bruises and more blood than a Quentin Tarantino movie, the packaging suddenly gives way. The plastic flies in one direction and the truck in another. It explodes against the wall with a force that would do a suicide bomber proud. Right before his eyes it disintegrates and ends up in tiny pieces on the floor. Simon is eighteen now, his cuts have healed and he is old enough to drive a fire truck. But he can’t… he has these uncontrollable tremors and dribbles a lot.

There was a time that packaging was simple and best of all easy to open. But these days….not so much. This brings me back to Charlie’s D. In my opinion, any organism that designs something as frustrating as modern packaging cannot possibly be adapting to its environment. And if we follow his theory that states that, “those less adapted tend to be eliminated”, we know that he is wrong. They are still here! What’s worse, there is a good chance that they will “survive and transmit their genetic characteristics to succeeding generations”. How scary is that? If you don’t believe me, read the Origin of the Species yourself. I’ll start opening a Bar One. We’ll see who wins.