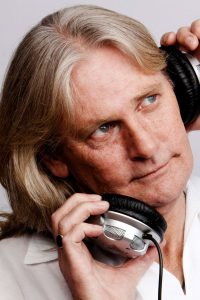 The Unicorn began his love affair with radio at the age of five when he watched Eric Eagan presenting a Springbok Radio Christmas Show with his nose pressed up against a display window at the old Plein Street OK Bazaars.  Eagan took him in and showed him the ropes, treating the young Unicorn as his “special guest”.

Years later, he found himself producing shows for KFM, presenting and training people on FMR, and launching Zone Radio.

He has a passion for training new radio presenters and radio journalists. To date on both FMR and Zone Radio he has trained in excess of 100 young people, some of whom have gone on to carve out careers in radio and television in South Africa and abroad.

He believes that, through Eric Eagan’s inspiration and example, Zone Radio will become somewhere where no one wishing to try their hand at broadcasting will ever have a door slammed in their face.